This time last year I was settling back into life in the UK following a summer on Sable Island, Canada, and writing all about my incredible experiences on the island. My field season with the feral horses was definitely one of my highlights of last year, intertwined with the completion of a research project on the horses for my Master’s degree.

A year on, my project has culminated in a prosperous published paper that has sparked my interest in the scientific research world. To celebrate what Sable Island has given me over a great year, I wanted to take a moment to revisit the island that captured my imagination, summarise in more simple terms the research I conducted, and thank all those people that supported me through my Master’s research and the publishing of my journal paper. 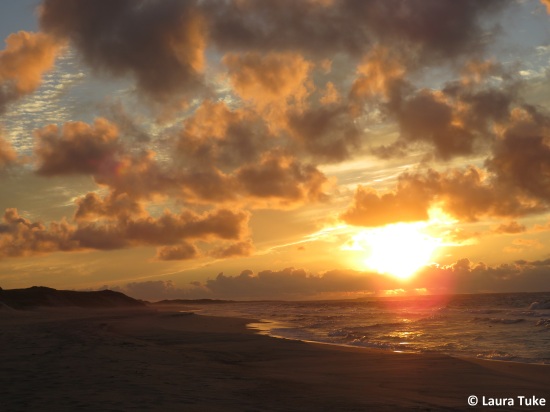 It all began at the end of 2017 when I was given the opportunity to study the feral horses living on Sable Island in Canada for my research project, during my time studying my Master’s in Conservation and Biodiversity. My project became a labour of love at a desk for 7 months, collaborating with the Universities of Calgary and Saskatchewan in Canada, before I got the opportunity to visit Sable Island itself and experience my research subjects first hand. 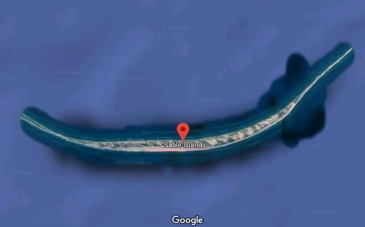 Sable Island and its horses

For those of you who may not have read my ‘Sable Island Stories’ blog series this time last year (check it out), Sable Island National Park Reserve is a large crescent-shaped sandbar situated approximately 156km from the mainland (Nova Scotia, Canada). It was first recorded by European explorers during the early 1500s, and is 49km in length, 1.25km at its widest, and up to 30m in height above sea level.

Sable island’s most renowned residents are a protected, 550+ strong population of feral horses that originate from individuals first released on the island by European travellers during the mid-1700s, and are most closely related to Nordic breeds. This horse population is part of an ongoing long-term individual-based study, called the Sable Island Horse Project, that was started in 2007. It was part of this study that I excitingly got the chance to become involved in. 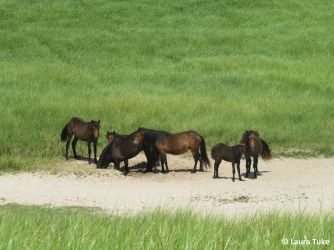 My 4-5 weeks spent on Sable Island during the field season last year, as part of the Sable Island Horse Project, was such a great experience. On a remote island, in an incredible landscape, with great people, amazing wildlife and a unique atmosphere, was certainly memorable. For more details on life on Sable Island, check out the ‘Life of a Sable Island field researcher’ post from my Sable Island Stories series last year, and get a flavour of what it would be like if you had been there in my shoes. 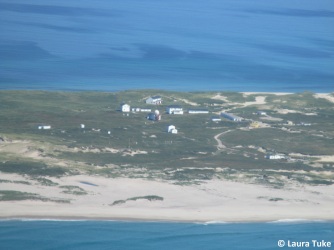 Throughout the completion of my Master’s research project last year, I got incredible support from everyone I know, but many people did not and still do not know what I actually studied for my project. Previously on my blog, I summed up my research project as investigating the genetic basis of foal body size and the potential for it to evolve in the Sable Island horse, but what does this mean though?

Well to start with it is important to note that within an animal species, a group of individuals will tend to vary in their size, for example some will be larger than others. If this variation in size between individuals is down to genes (DNA), then this variation in body size will be passed on to their offspring i.e. larger individuals will produce larger babies. In many of these populations, body size may also be linked to an individual’s chance of survival, for example larger individuals are often more likely to survive in the wild, due to a range of factors such as decreased predation susceptibility or size of fat reserves. This means that if a certain body size is more likely to be passed on to offspring and these offspring have a higher chance of survival, then the number of individuals with a certain body size will increase within a group over time (more large individuals i.e. evolutionary change).

In my study looking at foal body size in Sable Island horses I looked at what may cause variation in body size between individual foals, and what this could mean for foals on the island. Foal body size was measured using a special piece of equipment consisting of two lasers and a camera attached to a frame, allowing photos to be taken from a distance, and that could then be used to calculate reliable body size measurements.

Using data collected between 2012 and 2016, I found that in foals on Sable Island, body size is highly variable between individuals, with a lot of the variation being down to genes rather than maternal care or the environment (i.e. more determined by the foals themselves). I found though, that body size does not determine if a foal will survive their first winter on the island, meaning other factors are more influential.

The most interesting result from my project was that body size was found to differ between male and female foals on Sable Island, with smaller body size being more optimal for male foals and larger body size being more optimal for female foals, which was less expected. Despite a difference, female and male foals are not evolving to become larger and smaller on Sable Island. This is due to what is known as sexually-antagonistic selection, with a strong genetic correlation between male and female foal body size stopping change occurring.

Following on from my Sable Island research and a great mark for my Master’s project, I got the opportunity to turn my work into an academic paper and for it to be published in the journal of Evolutionary Ecology. This was down to my great Master’s supervisor Jocelyn Poissant and extremely hard working post-doc Charlotte Regan. If you are interested, my paper is called ‘Evolutionary quantitative genetics of juvenile body size in a population of feral horses reveals sexually antagonistic selection’.

Huge thanks are obviously due to Jocelyn and Charlotte, but I would also like to thank the other academics that have contributed to my published paper, and more importantly to ALL the people that have supported me through this chapter of my research career. Additionally, thank you to Sable Island and its feral horses!

Disclaimer: All horse photos (from wide shots to zoomed in) were taken from at least the minimum of 20m away from the subject(s) as specified in the Parks Canada permit

In a green oasis surrounded by urban jungle, ancient trees stand as sentinels. They have watched over this space for centuries, watching as time and history passes by. Some have even stood in this spot for over 800 years, growing taller whilst a wall was raised, royals hunted deer, and a city grew up around its edges. As a busy metropolis hums and pulses at its borders, this park rolling on for 2,500 acres, has lain timeless for centuries. It now continues to capture the hearts and minds of the millions of visitors that step through its walls every year.

Nestled in the south-west of London, Richmond Park stands as London’s largest Site of Special Scientific Interest and a Grade One Heritage Landscape, with even the Royal Ballet School and a royal residence within its walls. This impressive park first came to my attention last year when I was given the book ‘Park Life: The Memoirs of a Royal Parks Gamekeeper’ written by John Bartram. This book recounts the author’s 30 years working and living within the bubble of Richmond Park. Sparking my imagination, it was his story that inspired in me the desire to make my day trip to his beloved Richmond.

On a hot, but grey autumn day in early September, I made my trek to Richmond Park, with the company of my aunt by my side to guide my path. Starting at the Roehampton Gate in the north-east of the upside-down pentagon-shaped park, we set a route to allow us to take in a range of beautiful habitats, incredible wildlife and the character of this impressive landscape.

Our first steps took us south, hugging the 2km of river that winds down the east side of the park, known as the Beverley Brook. This river for a time became our birdwatching paradise, filling us with excitement with every stretch. We saw everything from a family of long-tailed tits feeding, fish swimming in the shallows, a spotted flycatcher doing its iconic hunting routine, and a bedraggled juvenile kestrel, to a pair of resting mandarin ducks, a tree creeping tree creeper, the flash of yellow of a chiffchaff, and a grey wagtail wagging. With around 100 bird species having been recorded in the park, we could not wish for more fantastic species to start our walk. 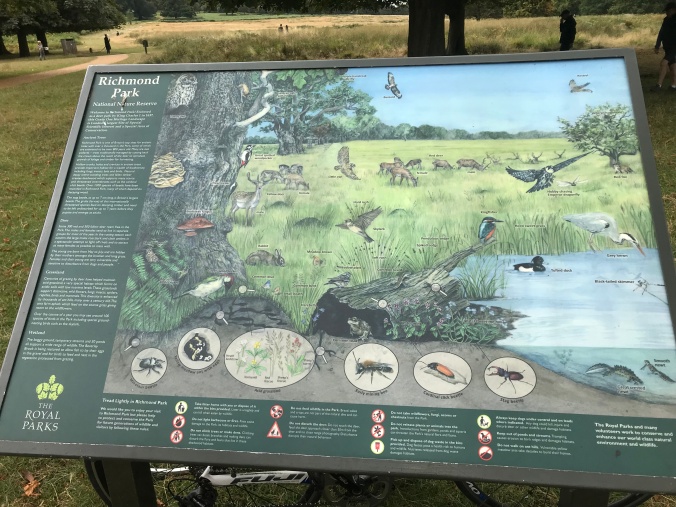 Moving on from the river, we then headed into the heart of the parkland. With Richmond also being a Special Area of Conservation, the park is home to over a thousand ancient trees; over 1300 species of beetle including iconic stag beetles; at least 9 species of bat; and a range of habitat types including acid grassland, bogs, and 30 ponds. It is truly an incredible space that feels isolated from the rest of the outside world. With every step you can spot another butterfly species, discover a whole host of plants, spot a range of bird species from green woodpeckers to wheatears, and simply escape everyday life. 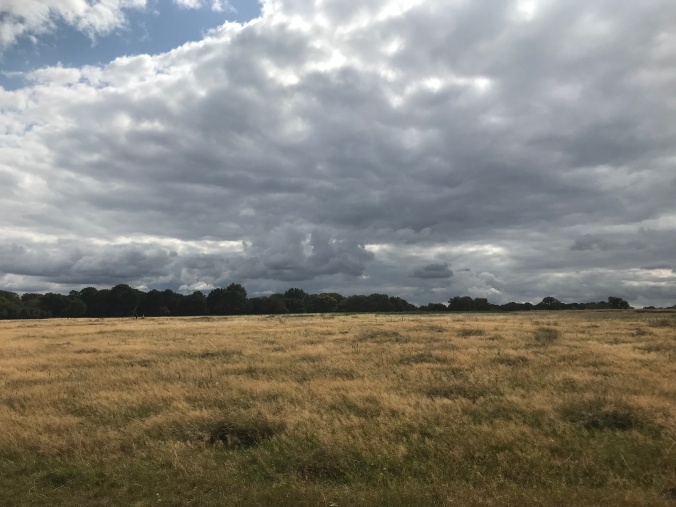 Our journey through the park also took us through the middle of the Pen Ponds which were filled with a myriad of bird species. This ranged from coots to black-headed gulls, tufted ducks to greylag geese, and moorhens to little egrets. With drama unfolding in front of us with every sight, we got to see gulls mobbing late nesting grebes, ducks competing for food, and birds flying low overhead, whilst getting the closest views of great-crested grebes that I have ever had! 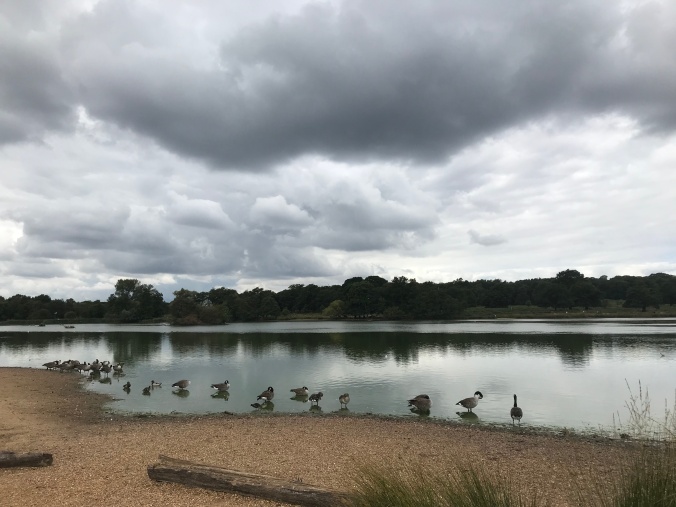 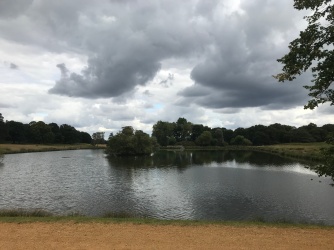 Though Richmond Park is home to many amazing species, it is the majestic beasts with sleek coats and antlers standing heavy on their heads, that are the star attraction for millions of visitors each year. The Park is home to about 300 red and 300 fallow deer, and these deer are most popular during their impressive autumn spectacle of rutting. Of course during my journey through the park, my aunt and I came across many of the red deer impressive with their bare antlers, and watched them in awe from a far. These deer were very much a main part of John Bartram’s 30 years in Richmond Park as a Park ranger.

As I neared the end of my adventures in Richmond Park for one day, it was evident that though my few hours of escapism were great, you could also easily lose yourself in Richmond Park for days, or in the case of John Bartram, years. It was easy to understand how he spent 4 decades hidden away working and living within this park. Its a place which has something for everyone, with everything from open space and incredible landscapes to amazing wildlife and cafes! For me, seeing 44 species of bird in a short space of time was my highlight. When beautiful places such as this can be found on your doorstep, what more could you want?